Aliana K. Deveza published the first book of her series - The Snake Prince of Montreal: The Witch’s Vengeance - at age 11. Her second book is The Snake Prince of Montreal: The Quest for the Magic Stone. Aliana is now 14 years old, and is currently working on the third in the series. Her hobbies are reading, writing, playing sports, and enjoying time with her friends and family. 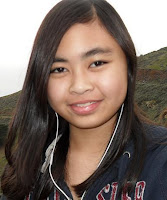 When and why did you first start writing?
I began writing at the age of 6. During that time, there were so many things going on in my life and I couldn’t keep it all in my head so I put it into print. Writing helped me in so many ways such as developing my language and my skills in literature.

How did you go about getting them published?
We contacted Author House and sent them my story and they agreed to publish it. Although it is a self-published book, I am looking forward to working with agents and editors for when I write my new stories.

You are now working on your third book in the series. In what ways were your experiences writing each book similar or different?
Although the Snake Prince of Montreal is a series, I tried very hard to give each book its own style instead of making all three books sound the same. In ways, they were somewhat similar because I had to connect each book to the other.

What’s next?
After I finish writing the Snake Prince of Montreal series, I plan to continue writing more stories in different genres. I also hope to write an autobiography in the future in hope of inspiring other kids who have a talent and are afraid to go after it.

What’s your favorite part about writing? Greatest challenge?
My favorite part about writing is that you can put your thoughts and feelings into print instead of just saying it aloud. When I write my stories, I don’t just say it, I want to make it sound creative and as if it came from my imagination. Writing isn’t as easy as most people think because you have to know what you are going to put down.

Advice for young writers?
My advice for the young authors out there is to keep your mind open for possibilities and ideas, because each day you live through is like a new page in a story.

Posted by Debra Eckerling at 10:56 AM

Write On! is a live - and online - gathering of writers of all abilities, genres, and specialties.